I started cycling at the age of 40 and took part in my first Etape du Tour two years later. After this, I went on competing in lots of century rides all over France, and even Europe. Later on, I took to long distance cycling and rode Paris Brest Paris’s 2007 edition, which empowered me to be at the start of ultra-distance road cycling events like the Raid Provence Extrême or the Raid Extrême des Vosges the following year, in France. Or the RATA in Austria. Then I grew somewhat uneasy with road cycling, mainly because I missed a connection with something greater. So I turned to mountain biking and got involved in multi-day races, but that wasn’t it either.

I had been reading Jill Homer’s inspirational tales of her Iditarod Invitationals and of the Tour Divide, as well as Esther Horyani’s recounting of her own stupendous bikepacking feats. I was awed at what they had accomplished, and at the same time knew that their tales had irretrievably set me on the path to similar challenges. So when the French Divide, a 2,200km long mountain bikepacking race across France, was created four years ago, I had to take part. And I did, the following year, at the age of 61.

It was so beyond what I had ever been able to imagine. Indeed that was a life-changing experience. So the next year, in 2018, I was at the start of ACT5, a 1,000 km mountain bikepacking race across Belgium, Luxembourg, Germany and Holland – shorter but much more demanding and rugged than the French Divide. That was another life-changing experience.

In the meantime and since then, from the lucky ultra-distance bikepacker I was, I’ve been making progress towards being a master of ultra-distance mountain bikepacking, because that is what I really want to be. My focus is on riding effortlessly and joyfully for hours on end, day after day, and to be able to take in with gratitude whatever comes my way. On my own, or with my mate. And all that thanks to that deep connection I have with energy, nature, and the Earth when I’m out there bikepacking.

And that is exactly what I want to share with fellow women, especially those who think they’re too old, or too unsporty, or not daring enough, or too fearful, or too ignorant of mechanics or orienteering or GPS navigation, or bivvying, or whatever. Because when we are outdoors and in remote surroundings, relying on ourselves only and our bikes, and nature’s bounty, we become free and whole. We can all become that if we are willing to be it, believe it or not, it’s that easy!

So my deepest desire is to get as many women as possible, and men too, on the road to self-confidence, self-reliability and to re-connecting with nature and who they truly are. Through 24-hour or multi-day bikepacking trips I’ll organize, in France or wherever I get the impulse to ride to, and with the help of my capacity as an Access Consciousness facilitator. How does it get any better than that?!

If you are keen to learn more about my story – listen to my interview on Strava’s Podcast or read an account of how I overcame my fears. 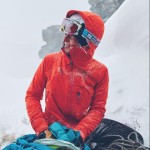 If I'm outside I'm happy! Fell running, mountain biking, climbing or skiing I just love getting out and pushing myself as hard as I can. As a women in adventure, I have found female role models really inspiring and motivating. There are definite moments I have really doubted myself and considered packing something in or giving up, but it's at these points looking to someone I can relate to, be that a friend or pro, really helps. Though this project I would love to find more of this type of relateable inspiration as well as being part of the wider movement to help remove any barriers to participation. Visit my site Mud, Chalk & Gears

View all posts by Hetty Key → We want our data to deliver real change.

If our knowledge and expertise could be useful to you or your business, please get contact us.